CloudCompare is open source software for viewing and manipulating 3D point clouds and meshes. I started participating in the project several years ago to build and package it for macOS and have continued to contribute to it since then. 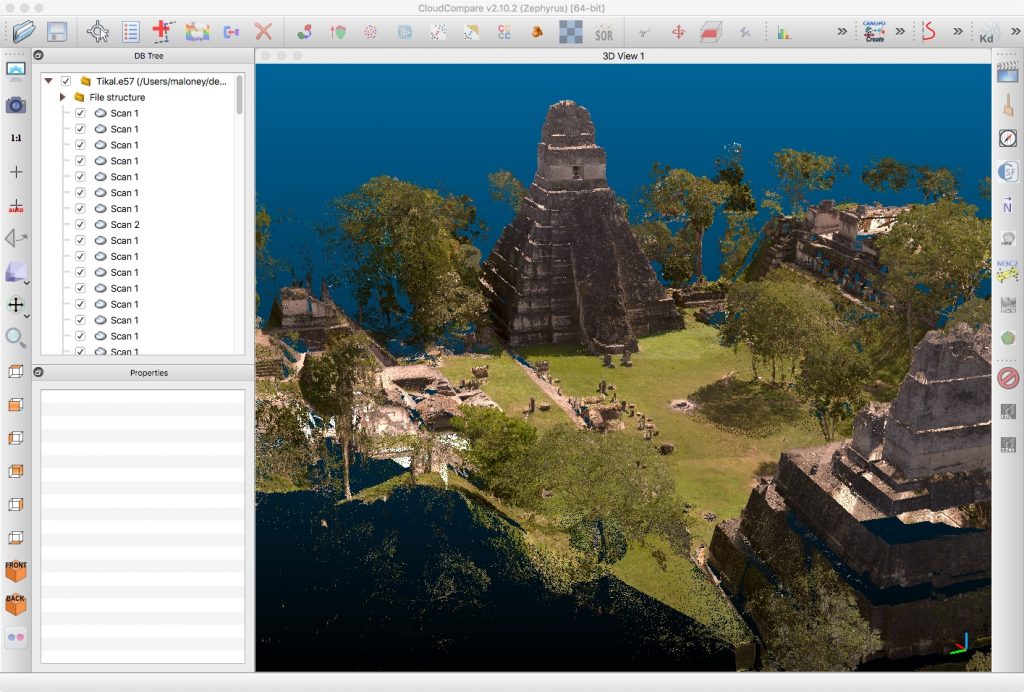 (The source code for CloudCompare is available on GitHub.)

Last year (2018) I initiated a user survey to get a better idea who is using CloudCompare and to solicit feedback from our users. I set it up using Google Forms and we received 330 responses over the course of about 10 months.

I really intended the survey for internal use to help guide us, but Noemi Roecklinger asked via Twitter about the results so I thought I would put some of them up here in case others are interested.

END_OF_DOCUMENT_TOKEN_TO_BE_REPLACED

I’ve been using and contributing to various open source projects for almost 20 years. I love the fact that we can leverage each other’s work and help other developers save time instead of reinventing the wheel or fighting the same problem a thousand times over. Open source tools and libraries make what I do possible.  Whenever I use open source, I like to compile from the source so I can contribute back to the projects – even if only little patches for fixing compilation warnings, clarifying error messages, or adding to documentation.  I used to enjoy configuration and build challenges – such as tweaking and compiling my own Linux kernels – but that’s behind me now.  I just want things to work.

I’m a solo developer working on a commercial cross-platform Mac OS X/Windows application.  This means that I have to be careful how I allocate my development time since I also have research to conduct and a business to run.  Part of this is maintaining control of my development “ecosystem”.  The more moving pieces there are – tools, 3rd party libs, etc. – the more overhead, and the less time I have for actual development.  Keeping it simple means saving myself a lot of time.  It also makes it quick and easy to bring short-term contractors on board.

I started to investigate open source tools for processing point clouds for a future version of my software – I want to handle scan data from FARO and Leica scanners.  I quickly zeroed in on the Point Cloud Library which is a BSD-licensed library to read, visualize, manipulate, and process point clouds. It looks like exactly what I need and includes a bunch of capabilities I don’t understand in the least, but seem like they might be useful in the future as I learn about it. Most of the capabilities are too advanced for me to contribute much to them directly, but I thought I’d be able to contribute “around the edges”, so I wanted to build it from source.

This article is a blow-by-blow account of the steps I took while trying to build the Point Cloud Library (PCL) on Mac OS X 10.6 starting with the information from PCL’s Compiling from Source page. The first thing I tried to do is build and link PCL with only the mandatory dependencies. After that, I’ll want to look at the optional pieces and build them if I need them.

As I was working through it, I put together notes for myself on what I did in case I had to do it again or have a contractor do it.  As with most other things I have on this site, I thought at least one other person might benefit through the power of Google, so I decided to put the notes up here verbatim.  Knowing what I know now, I could shorten this dramatically into “Steps to Build PCL on Mac OS X” [even though I haven’t been successful yet], but I decided it might be interesting to show the action-packed sequences of what actually happened…

I hope this is taken in the spirit it’s intended – documentation of some of the problems just getting PCL to configure and build, along with what I hope are some constructive recommendations [at the end of this voluminous tome]. [Warning: I get a little rant-like in the last commentary section – it’s not directed specifically at the PCL, but software development projects in general.]

I have to point out that the PCL guys have been great, answering my initial question quickly, and they’ve been encouraging [so far – hope they still are after this!]. This doesn’t always happen in open source projects, so it’s great to see. They deserve a lot of credit for their work, which is of great value to many  developers and companies worldwide.  All the developers and supporting companies are super-awesome for making this library available as open source. Very much appreciated!

[If you want to skip the gruesome details – don’t forget they’re action-packed! – I list some bugs and recommendations near the end.]

END_OF_DOCUMENT_TOKEN_TO_BE_REPLACED

WTF?: What's the Future and Why It's Up to Us
Tim O'Reilly